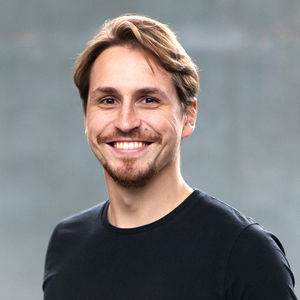 Designer, Software Writer and Philosopher. Co-Founder of Codegestalt and Master21

The SOLID acronym was coined by Michael Feathers and popularized by Robert Martin. Each letter stands for a well-known principle in object-oriented design.

The methods in a class should be cohesive around a single purpose.

Subclasses should be substitutable for their superclasses.

Subclasses should be substitutable for their superclasses.

Objects should not be forced to depend on methods they don't use.

Depend on abstractions, not on concretions.

Most of us believe in order to feel secure, in order to make our individual lives seem valuable and meaningful. Belief has thus become an attempt to hang on to life, to grasp and keep it for one's own. But you cannot understand life and its mysteries as long as you try to grasp it. Indeed, you cannot grasp it, just as you cannot walk off with a river in a bucket. If you try to capture running water in a bucket, it is clear that you do not understand it and that you will always be disappointed, for in the bucket the water does not run. To "have" running water you must let go of it and let it run. The same is true of life and of God.

This "dope" we call our high standard of living, a violent and complex stimulation of the senses, which makes them progressively less sensitive and thus in need of yet more violent stimulation. We crave distraction–a panorama of sights, sounds, thrills, and titillations into which as much as possible must be crowded in the shortest possible time

If happiness always depends on something expected in the future, we are chasing a will-o'-the-wisp that ever eludes our grasp, until the future, and ourselves, vanish into the abyss of death.

organizations which design systems ... are constrained to produce designs which are copies of the communication structures of these organizations

There is a better way to think about market segmentation and new product innovation. The structure of a market, seen from the customers’ point of view, is very simple: They just need to get things done, as Ted Levitt said. When people find themselves needing to get a job done, they essentially hire products to do that job for them. The marketer’s task is therefore to understand what jobs periodically arise in customers’ lives for which they might hire products the company could make. If a marketer can understand the job, design a product and associated experiences in purchase and use to do that job, and deliver it in a way that reinforces its intended use, then when customers find themselves needing to get that job done, they will hire that product.

If you override the native scroll behaviour on your website you're a monster.

I've been looking for a convenient way to create and share gifs, videos, screenshots in a simple and straightforward way and I think I finally found the perfect tool for the job: https://getdropsha.re/