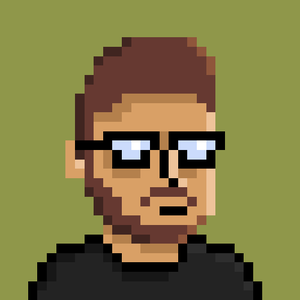 Hi, I'm Daniel. I make kampfsport.center, Shimatta and Desk Hunt. Cofounded Codegestalt. This is where I dump my brain.

Next up on Shimatta will be an edit feature for notes.

In the beginning I didn't want to add edit functionality because I wanted users to focus on publishing thoughts and not on editing them. The thing is I don't care that much about grammar or typos as long as the content can be understood and absorbed. If you're not happy with a note just delete it and create a new one. Which in retrospect isn't really user friendly. I think there are and will be some use cases in the future that makes editing your posts helpful.

Just to make one example:

You're on a train commuting to work and want to write down some quick thoughts. This has to go fast because your train arrives in a few minutes. Not having the ability to edit your notes later might cause you not to post the thoughts on Shimatta in the first place because you can't dive deeper into them when you have the time later that day.

There is also the argument that users think twice before they hit publish if they can't edit that post later. But that argument goes both ways.

Users on Shimatta can now add up to three tags to their notes. We added that restriction so users only use tags which actually have relevance. At least that's the case for me. My Evernote is full with tags I've used a single time. Not really useful. I'll add auto completion sometime in the future when I've the time.

Tags within the body of a note are just for referencing for now (actually referencing does not work yet but will soon hehe).

Since the beginning of this year I started to get more serious with taking notes while reading. I started using the Notes app that ships with iOS because it felt so easy just creating new notes and tapping away. While the app is great for capturing my thoughts I never really look them up again. I also want to have all my thoughts in the same place.

So while reading Sapiens today I was thinking "yeah, write that down here on Shimatta." But I didn't. Just posting a learning from a random book kind of seemed weird to me. I need something that I can categorise my posts with:

I know... Not that innovative you might think. True, but it's simple. It's the simplest solution that gets me from taking notes on the Notes app to posting them here because I don't feel like they will get lost in a random stream of thoughts anymore.

Thinking about product recommendations. What if you had an app together with your friends that would let you and them recommend each other their most favourite products by uploading a picture. That picture would then get processed by AI (e.g. Flow) and directly linked to a matching product on Amazon.

Right now Shimatta looks pretty simple. And it is. But we (@rodrigo, @feyyaz and me / bare with me, those username references do not work yet but will some day in the future) have some ideas to make it a great place for sharing thoughts and exchanging ideas. Right now we are focused on thought publishing. For example we are creating an OS X app which lets us write down thoughts to Shimatta with a keyboard shortcut. Because, you know, thoughts come and go, and capturing them as fast and as easy as possible should be a key element of this platform.

What is this Shimatta thing you might think? Let me explain.

I'm a maker. I love to create things. And I try since about the end of 2011 to create products and sell them to people. It never worked out so far. Not the creating of the product but the selling part. Why? I think there are two reasons for that. Not having enough money to actually advertise it to people who don't belong to your audience and the lack of an audience in itself. Over the last years I stumbled across different makers who are pretty successful in selling their products or services. Just to name a few: levels.io, John Saddington and Seth Godin. What do all these guys have in common? They write. Daily. They're constantly creating value or sharing stuff even if it's only of the size of a 140 character tweet. Doesn't matter. They are constantly active. So at the end of 2015 I thought I can do that too. I can also share learnings, insights, failures, ideas, useful and interesting stuff I stumble upon during my daily adventures. But not a single platform out there felt right to me. Twitter was to restrictive and blogs felt to complex. I needed something simple which let's me just write along and hit publish and makes sharing my thoughts as easily as possible. So that's where Shimatta came in and it's where we are now.